Starting in October 2019 — and continuing, potentially, indefinitely! — I will be working on a simple little JavaScript game, called ‘Bunner’. The aim is to do this ‘in public’, and treat it very much as an experiment to see if I can manage to get something to release. I’ll host all the sourcecode on GitHub.

The game is inspired by this adorable guy: 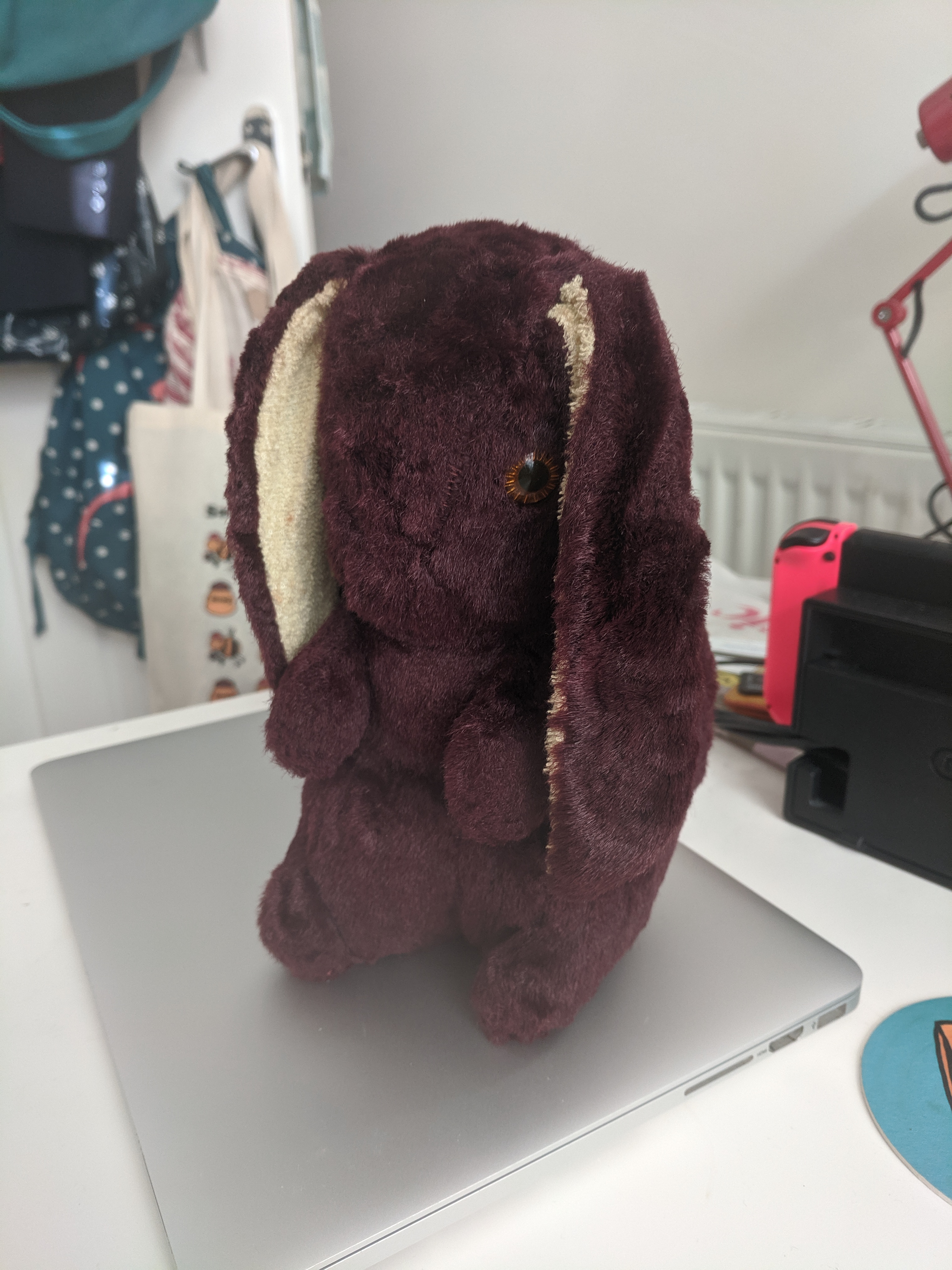 I’ll probably try to stick to one core concept — whether it be a gameplay change, refinement of graphics, or a new level — each time, so progress will be very incremental, slow but — hopefully — steady.

I’m going to be ruthless: no prevaricating over how terrible it is and whether to push a version, just do it! It may be rough around the edges, but I’m going to try to make this approach work.

I’m keeping extensive notes throughout the process — I’ve had a lot of thoughts about this game which I’m trying to set down on paper. Here’s a brief summary of what I have planned:

Bunner will be a game about a bunner and his life, or an episode in it. It will be a turn-based, top-down, 2d puzzler.

One example plot might be escaping from a farmer. Another might be battling a horde of hares … who knows?

It will be inspired by games such as Sokoban, Baba Is You, Bomberman, etc. It won’t be as clever as Baba Is You; it will harvest complexity — and, hopefully, fun — from a combination of large game boards — possibly up to 40*20, maybe bigger depending on zoom options — and many varieties of special object which affect the gameplay in a number of different ways.

Many terrains will cause Bunner to lose health with each move, so the challenge will be to complete the level within a certain number of turns. Some objects will restore health. Other objects might ‘grow’ in a similar manner to Conway’s Game of Life, cellular automata, etc. It’s possible that there will be a metroidvania element, and I might try to incorporate multiple vertical heights in an interesting way, but everything’s pretty much up-for-grabs at this stage.

So, without further ado, here’s the first version. Here, we see the absolute minimal ‘working’ game, which is just a foundation on which to build rather than anything meaningful in its own right!